Subaru released a shadowy teaser of the redesigned Crosstrek 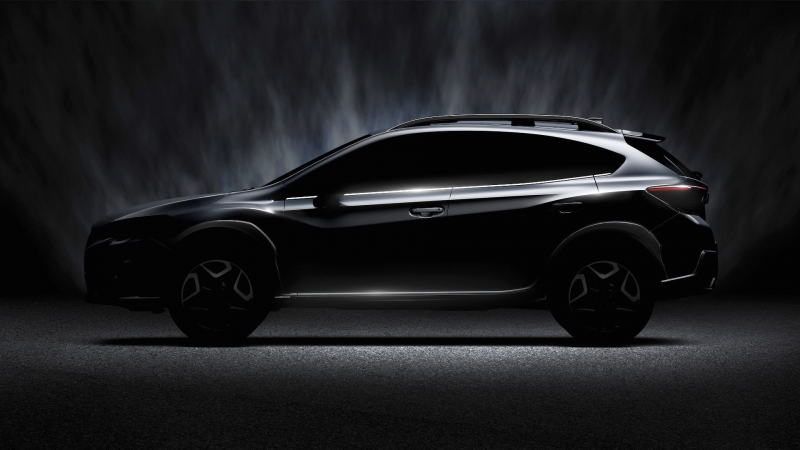 The current model was known as the XV Crosstrek when it came out, but now it is just called the Crosstrek.

Exactly a year after Subaru revealed its stunning XV Concept at the 2016 Geneva Motor Show, the Japanese automaker will introduce the production version of the vehicle at the same automotive event in March. Unlike many other concepts morphing into production models, the new Subaru Crosstrek will remain faithful to the study's design and will feature the same mix of sportiness and ruggedness. 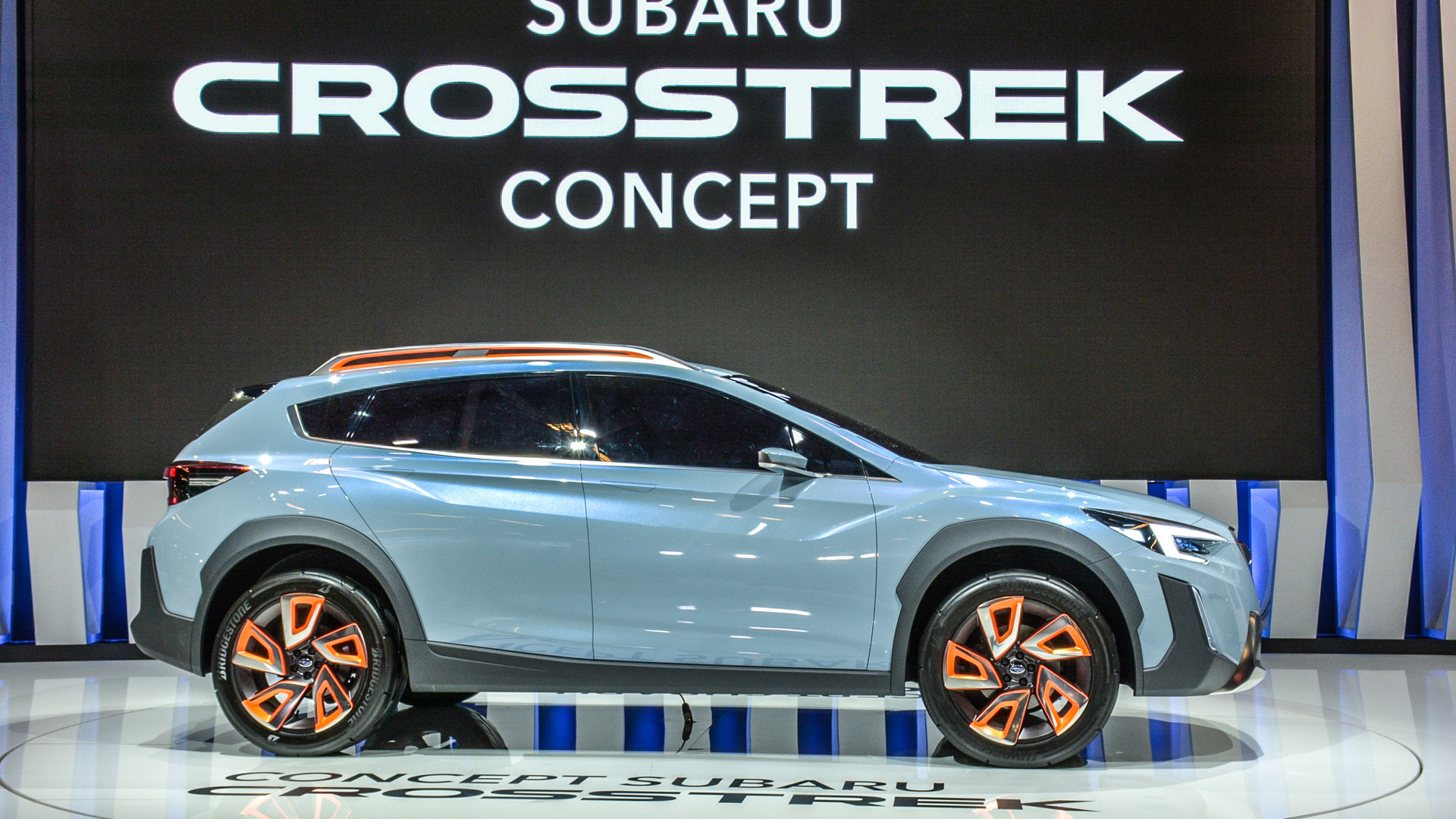 Although the available teaser photos are not quite revealing, you don’t have to be a car guru to see the overall shape and the wide and low stance are unchanged – and even the sexy two-tone wheels resemble the alloys of the concept. Gone are the stylish side mirrors and door handles integrated into the door – all making room for more conventional details. Subaru doesn't tell much about the crossover’s specifications, but we already know it will be based on the platform of the new 2017 Impreza, which will bring new levels of world-class safety to the compact crossover segment. 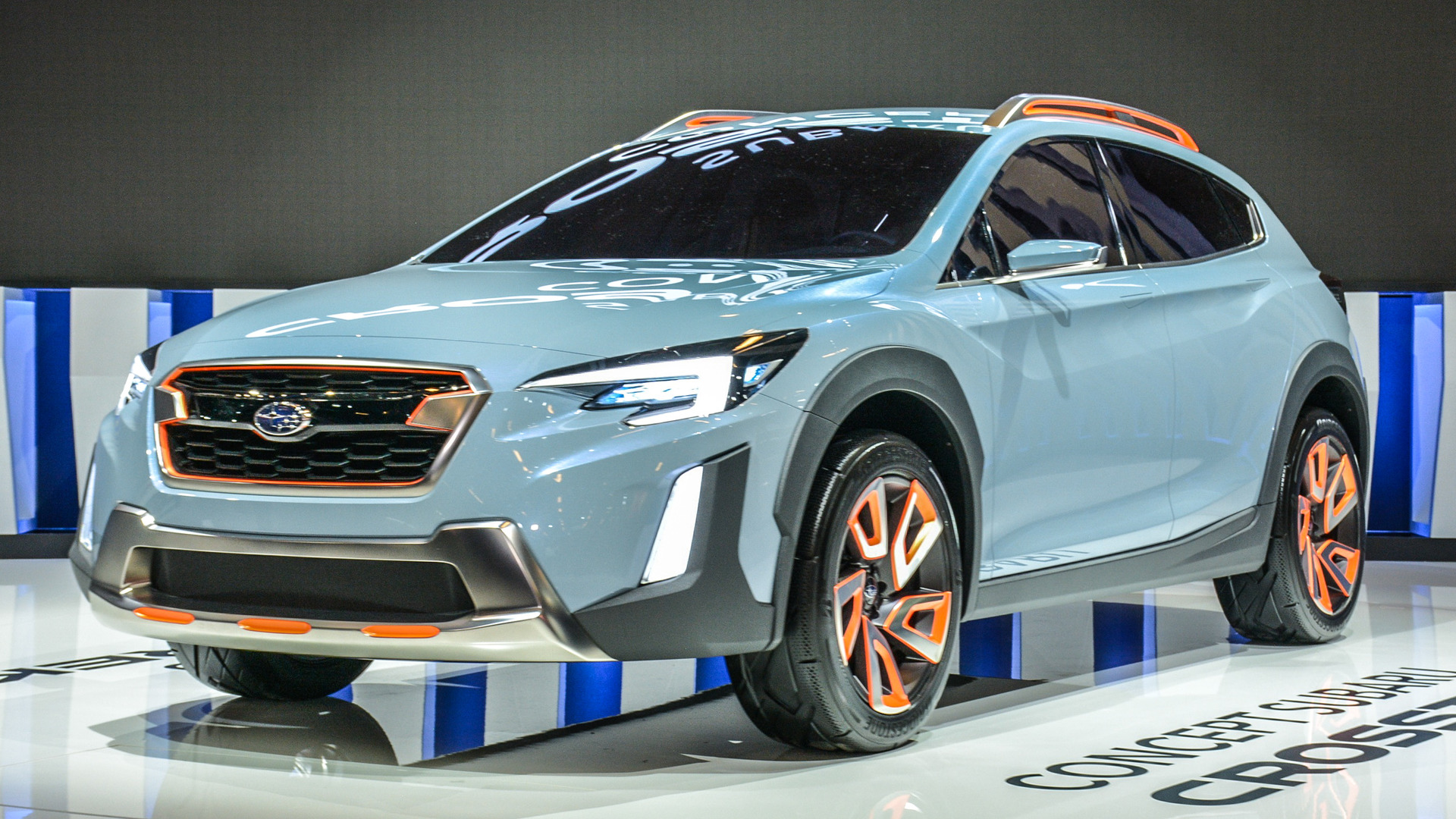 Expect to see the manufacturer’s trademarked symmetrical all-wheel drive system combined with a refreshed version of the 2.0-liter Boxer engine of the current model. The latest generations of Subaru’s EyeSight assistant technology and Starlink infotainment system are also expected to find a place in the 2018 Crosstrek.